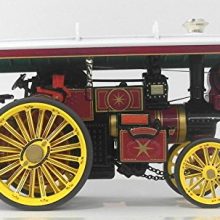 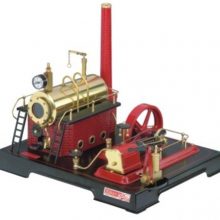 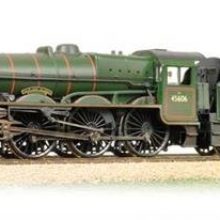 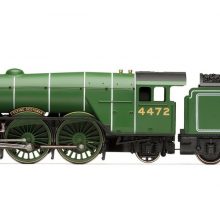 Review: The LNER Class A3 Pacific locomotive No. 4472 Flying Scotsman

Review: The LNER Class A3 Pacific locomotive No. 4472 Flying Scotsman The LNER Class A3 Pacific locomotive No. 4472 Flying Scotsman (originally No. 1472) is a steam locomotive that was built in 1923 for the North Eastern and London railway. Indeed, the locomotive was initially engaged on long-distance express trains on the LNER, British Railways Eastern, and North-Eastern Regions. Impressively, this locomotive has a global reputation for being the fastest steam locomotive and has a record of travelling at a constant speed with no stops. Who is the ideal candidate for this locomotive? The Flying Scotsman is a DCC Ready locomotive with a special socket to receive a DCC decoder. It is very compatible with analogue trains but can be converted for use on a digital layout. For conversion to be used in the digital layout, then R8249 V1 3 NMRA Loco Decoder or Sapphire Decoder is necessary. Indeed, this is a perfect fit for beginners and is also suitable for users of all ages. Even if you are a seasoned modeller, the locomotive is still ideal. Considering that it is fascinating across the age groups makes it ideal as a present for birthdays or any other event. What is the sentiment from previous buyers of the Flying Scotsman? Customers who have purchased the Flying Scotsman acknowledge that it is a good buy if you intend to gift your husband or dad. It is highly recommended to those who have model railway interests. Noteworthily, the locomotive has an excellent value, and its convertibility for use in DCC layouts makes it appealing to the customer. Moreover, this locomotive has an impeccable detail close up, and it smoothly runs on the track. What are the key features of the Flying Scotsman? The flying Scotsman weighs 590 g and has a length of 293 millimetres. Its dimensions are 40 x 10.6 x 6 cm with a scale of 1:76. It has an electric engine, has no batteries and does not require any assembling. The drive unit of the Flying Scotsman is located on the locomotive body. Furthermore, the tender of this locomotive is not powered since it can freely run on an eight-wheel (4pair) chassis. The railroad models are all fitted with standard Hornby hook and bar type couplings, and as such, they will easily couple the rolling stock and locomotives in both Thomas & Friends and the standard Hornby ranges. Therefore, all models that constitute the Hornby RailRoad range are cost-effective means of adding to a train set offering an appropriate entry point into the diverse world of model railways. Are you ready to invest in the Flying Scotsman? If you are contemplating a locomotive model for yourself or gifting someone, then the LNER Class A3 Pacific locomotive No. 4472 Flying Scotsman is highly recommended. The quality of the locomotive has been praised by the testimonials provided by its customers. Moreover, the fact that it can be used for both manual and DCC layout is a big plus. Also, the LNER Class A3 Pacific locomotive No. 4472 Flying Scotsman comes complete with a full range of capabilities which makes it an ideal purchase. CHECK PRICES