Submarines are wonderful additions to any model collection

There’s something about submarines that sparks the imagination differently to other naval vessels. Perhaps it’s because they explore the deep oceans, where other naval vessels can only glide across the surface? For sci-fi geeks, submarines are as close to starships as we can get right now – self-contained vessels, exploring the unknown with a tight-knit crew in a dangerous environment. It’s all very Star Trek!

In our history, submarines have played a pivotal role in determining the outcome of wars. They’ve help tip the balance of power on the seas, which keeps trade routes open and harbours safe. Unlike their warship counterparts who face off their foes head to head, submarines are more stealthy and stalk their prey quietly. They’re very mysterious and even to this day play a big part in the war machines of several nations.

The mystery and power surrounding submarines gives them an allure which makes them wonderful models to build and display.

The Germans first started producing the Type IX U-boats in 1935 and went on to create multiple variations throughout the course of the Second World War. Loaded with six torpedo tubes and carrying multiple reloads, they would be able to pursue their targets relentlessly and strike day after day.

The Type IXC sacrificed some functionality for additional fuel capacity and the subsequent IXC/40 variant further improved the range of the vessel. This made it a formidable mid to long range craft that could take its devastating power across the globe.

This beautifully detailed, large scale model of the submarine is a fantastic choice for more experienced model makers or naval enthusiasts. The manufacturer, Revell, grade their model kits on a scale of 1 to 5 and this is a 4. That means it does have a high level of detail and with 183 parts, there’s some complexity there. But, the finished model is lovely and a great addition to any collection. 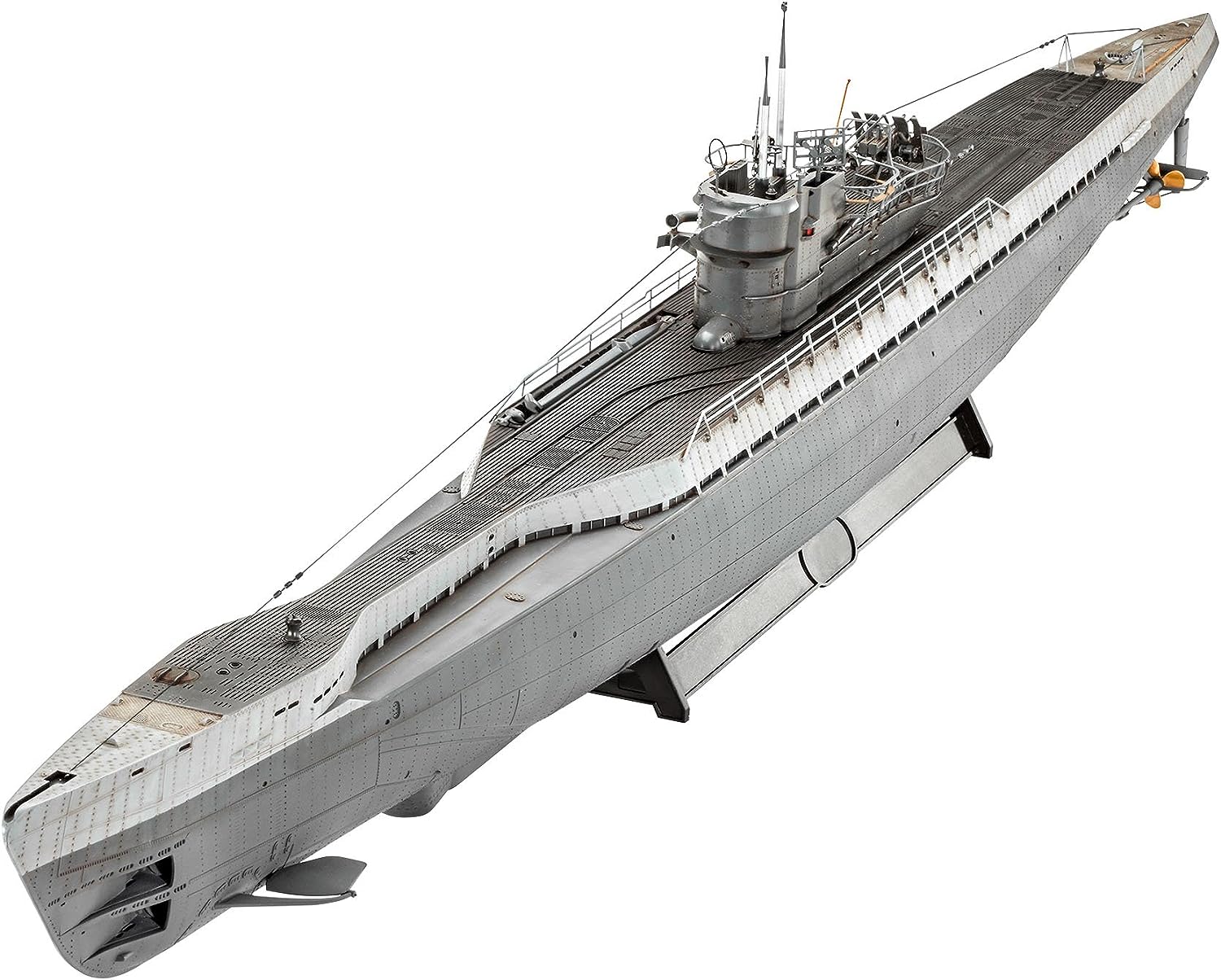 The Russian Oscar Class submarines were first built by the Soviet Union in 1975 and are nuclear powered cruise missile vessels which are still in use today, although there are plans to replace them with more modern submarines. The vessels were designed to attack groups of NATO ships with missile barrages as their cruise missile compliment had a range of 550km.

The Oscar II variant was built in the 90s and is slightly longer than the Oscar I and has improved electronics and manoeuvrability, making it Russia’s largest and most capable submarine.

This is a much simpler model kit with only 14 pieces and at a lower cost, it makes a great starter kit for newcomers to model builder. For the price, the detail in the final model is good and will make it as nice little model to display.

The Gato class submarine was launched by the US Navy between 1941 and 1943 and were named after the lead ship of the class, the USS Gato, which served throughout World War II and was eventually scrapped in 1960. A Gato is a species of catshark – it was common for US Navy vessels to name their ships after marine creatures.

During the Second World War, the Gato class submarine was one of the first mass-produced submarines and became a large part of the US Navy’s fleet. However, after the war ended, the US Navy found themselves with a large stock of relatively new submarines, but no enemy to fight. Although they were new designs, the pace of technological advancement through the war meant their depth of 300-foot was soon obsolete. Several are available to visit as museums today.

This wonderful model comes in at just under 1m in length when complete and with over 500 pieces, it’s certainly one for more experienced model builders. The complexity offers a fantastic challenge to anyone ready to put the time in to assemble and paint the model. And, the result is a spectacular display piece. 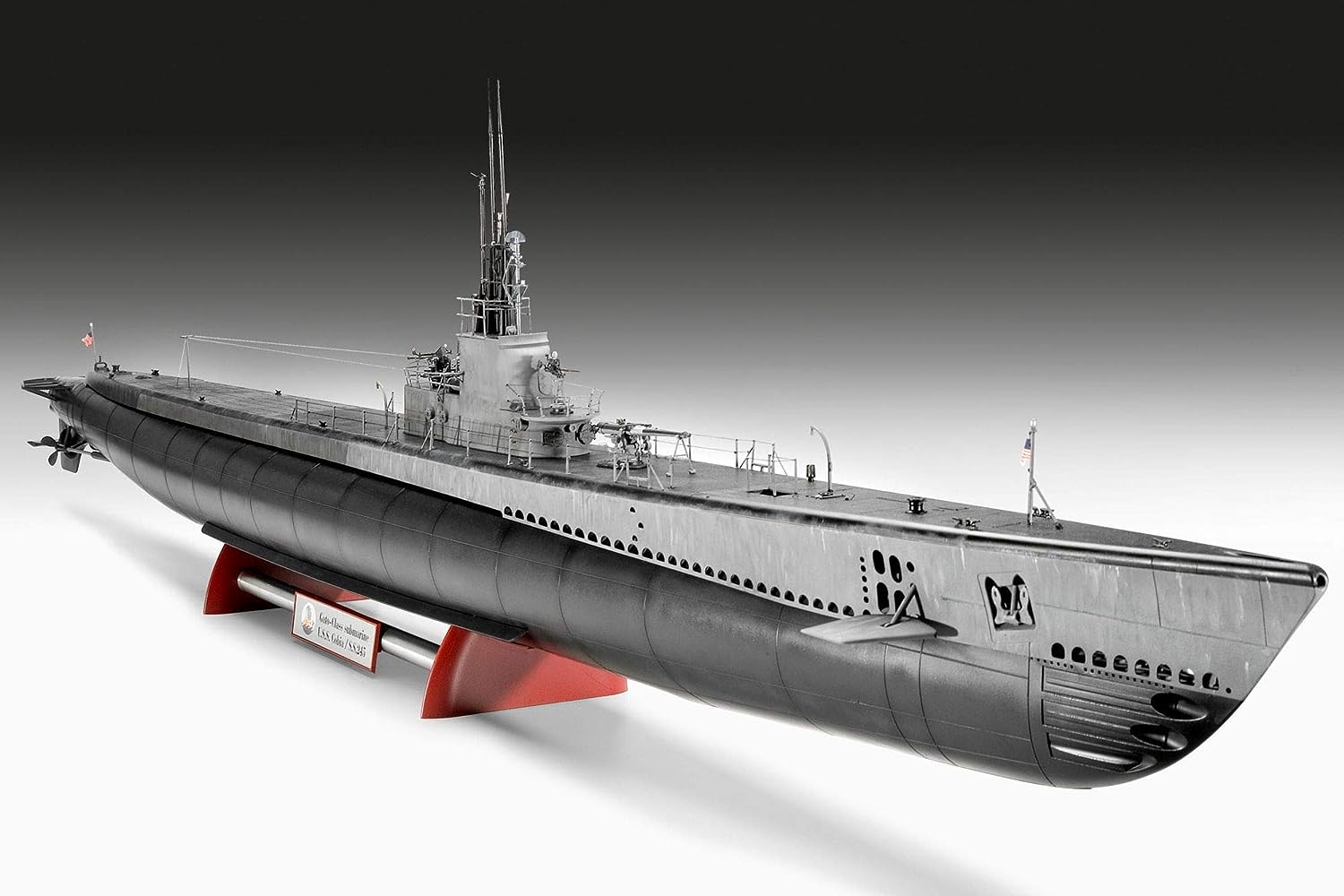 The German Type 212 class (which was the same model used for the Italian Todaro class submarine) built for the German and Italian navies in the late 1990s. They are non-nuclear submarines, which can operate at high speed, or switch to a silent running system making them virtually undetectable.

They are able to operate in much more shallow water than other submarines – in as little as 17 metres of water. This makes them ideal launching points for covert operations.

This is another great little model submarine for beginners as it comes in only 20 pieces and is low cost, making it an ideal gift for those who are new to model making. 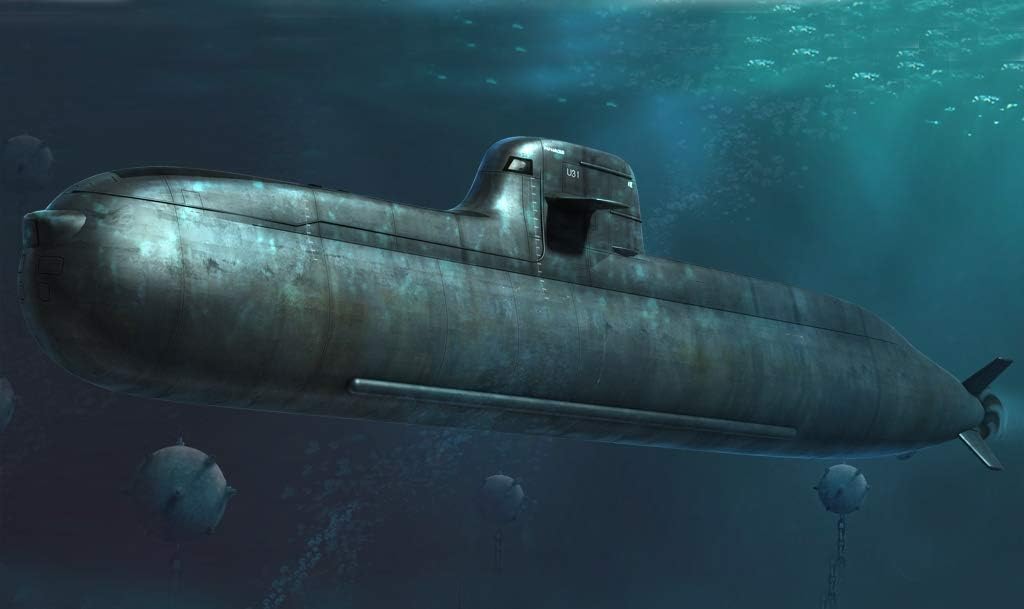 The German Type VII U-boats were the most common type of submarine used by the Germans in the Second World War, with over 703 built by the end of the war – this also makes them the most produced submarine class in maritime history.

The Type VIIC variant made up the majority of the German U-boats during the war, with 568 commissioned from 1940 to 1945. They didn’t quite have the range of the larger Type IX submarines, but the VIIC variant was far superior than the earlier VIIA and VIIB models. The Type VII and all of its variants were the workhorse of the German Navy, and became known as stellar examples of excellent engineering that could be quickly and efficiently manufactured.

This model is an interesting piece of naval history and is a simple kit that would be great for beginners and an ideal gift for enthusiasts. With only 29 pieces, it’s simple to assemble and although its 19cm length isn’t quite as impressive as some of the larger models, it’s a great little gift for the price.

The largest submarine ever built, the Russian ‘Typhoon’ Class is a nuclear-powered submarine, built in the 1970s and still in operation today. Its size means it can accommodate much more spacious living quarters, allowing the vessel to operate for months while submerged underwater (up to 120 days, but it can stay submerged for longer if needed). They come equipped with 6 torpedo tubes and an arsenal of ballistic missiles which can be configured with nuclear warheads.

‘Tyhpoon’ is the name attributed to the class by NATO – the Soviet designation is Project 941 Akula.

This is a great model for both enthusiastic beginners and more seasoned model builders. With 190 pieces, it’s more complex but not as advanced as some of the larger kits we’ve covered here. The detailing on the hull look fantastic and when you’ve painted it and added a bit more detail, the result will be a wonderful little model.

The French ‘Surcouf’ submarine cruiser was in operation during the Second World War and was one of the largest vessels of its type at the time. Designed for prolonged time at sea, the Surcouf was eventually lost 1942 when it was presumed to have collided with a freighter. She was originally intended to the first in a class of similar vessels, but was the only one ever built. The design was geared towards surface combat and conduct reconnaissance missions.

This is a lovely, detailed model of a very unique vessel that’s great for intrepid amateurs and enthusiasts alike. With 60 pieces, which are relatively small, it requires patience and a steady hand to assemble and paint. But when complete, the result is a faithful recreation of the Surcouf which will be a great addition to any model collection. 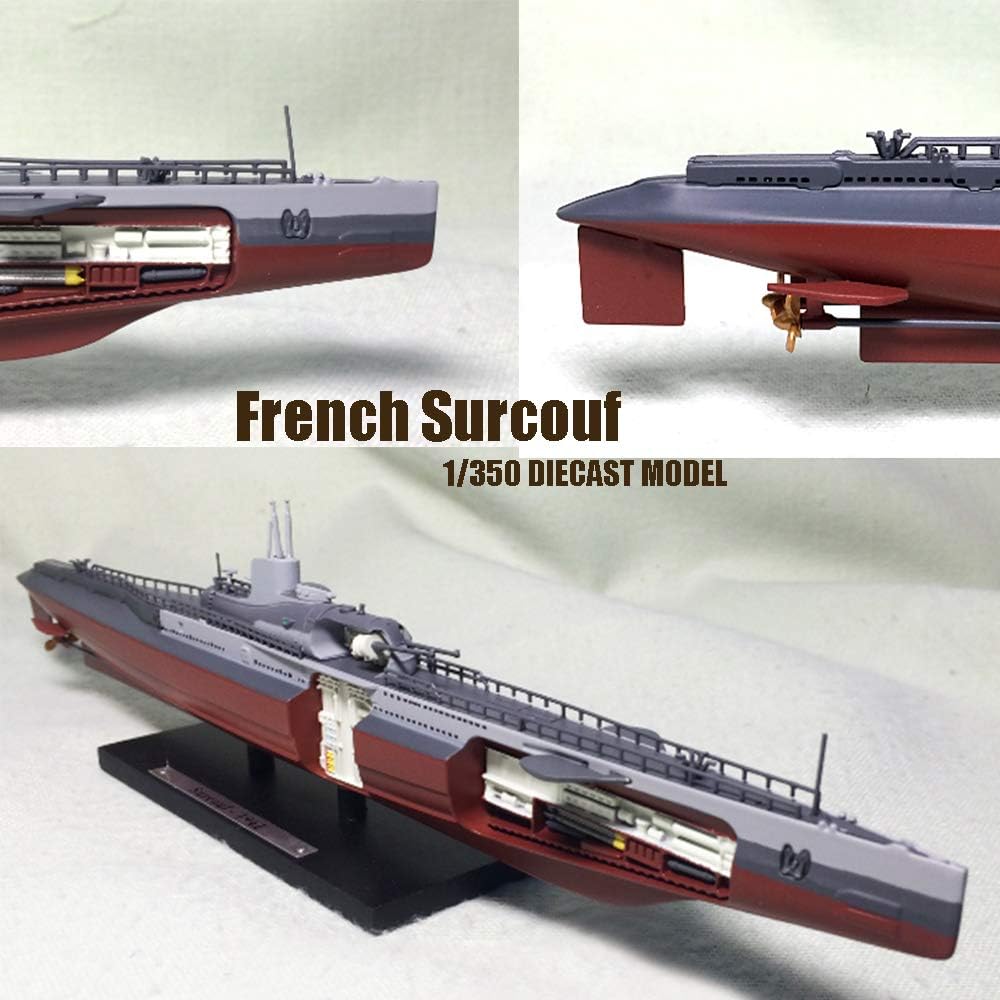 We’ve already talked about the German Type VII U-boats above, but the previous kit is a smaller, simpler one.

This model comes with 107 pieces, which means it’s geared towards model builders with more experience (or beginners with a bit more patience!), and the final model is much larger – 47cm length (compared to the small 19cm of the previous model).

But, the final model is more detailed and the parts are typical of the high quality you’d expect for Revell. For model builders with an interest in the Type VIIC U-boat, this is a good choice if you’re looking for something with a bit more of a challenge.