Wood model kits can range from simple to complex and result in wonderful looking models that can be painted or varnished when complete.

As a material, wood is more delicate than plastic or metal for model building, so there’s definitely more care and attention required when assembling wooden kits. But, the resulting models generally have a much more authentic appeal and look more natural when displayed in your home.

We’ve put together a range of our favourite wooden kits that are suitable for adults, although these can be complete individually or as a project with your family.

The joy of these model kits is they all result in working models when complete, so no matter if you are building a balsa wood aircraft or a 3D gramophone, the detailed model will have some additional entertainment value when complete.

Kicking off the guide, we have this absolutely gorgeous 3D gramophone wooden puzzle model from ROKR. If you’re looking for a challenge that results in a lovely little working model for your home, this is a good bet.

Yes, that’s right. Working model. When complete, this gramophone actually works and will play vinyls up to 10 inches (the model comes with three different speed wheels). This is an awesome gift for anyone who has a vinyl collection that may be gathering dust. The finished model is completely gear-driven so you can crank the shaft to play music (and adjust the volume with the volume control). While it isn’t perhaps the perfect sound system, it is a wonderfully-curious addition to any home (and you get a complementary 7″ vinyl with the kit). Certainly more decorative than a replacement for your modern sound system!

With 424 basswood pieces (some of which are very fragile), it can take a while to assemble (in the ballpark of 10 hours, but it really depends on your skill level) and definitely only suitable for adults. As the kit pieces are modular, you won’t need any additional tools to put it together – just time and patience. 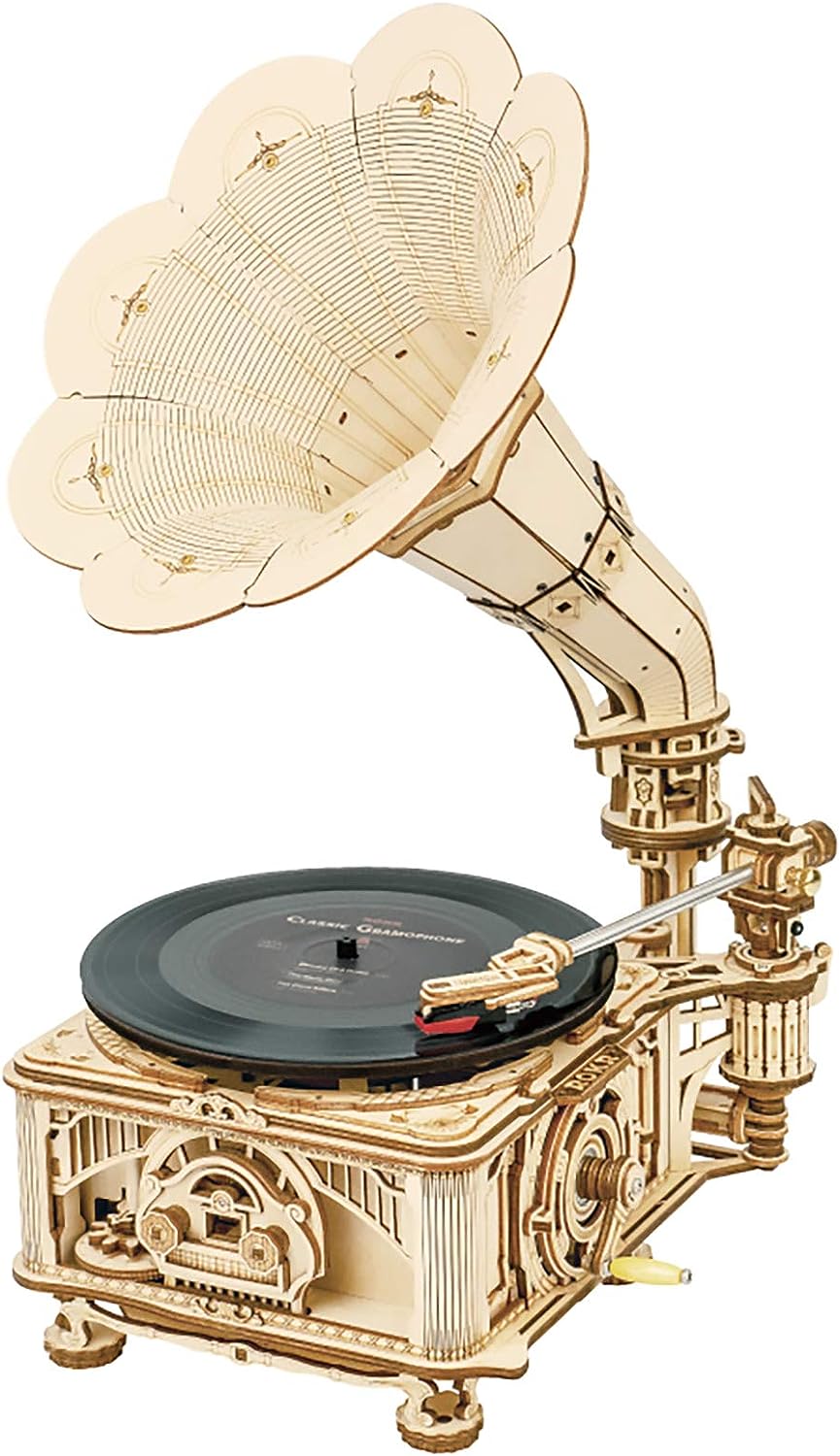 The Piper J-3 Cub aircraft was produced in the USA from 1938 to 1947 by Piper Aircraft. Its simplicity and affordability meant that it became a popular choice of light aircraft and is often compared to the Ford Model T due to its popular adoption. When the Second World War broke out, it became a common model to train pilots and was even used for military reconnaissance missions during the war. Even today, the aircraft and modern variants are popular.

This radio controlled balsa wood model kit from Dancing Wings is reasonably priced and has the largest wing span of all the model aircraft in this guide, coming in at 118cm. As with all aircraft kits, the assembly can be complicated if you’ve not done it before, but there are plenty of online tutorials available for first timers.

The kit doesn’t come with battery or remote control so that would need to be bought separately. This is a great purchase because not only do you have the challenge of building the model, but you get hours of fun actually flying the finished model. Certainly a more of a project than a simple model kit but a great option for aircraft enthusiasts looking for a new hobby. 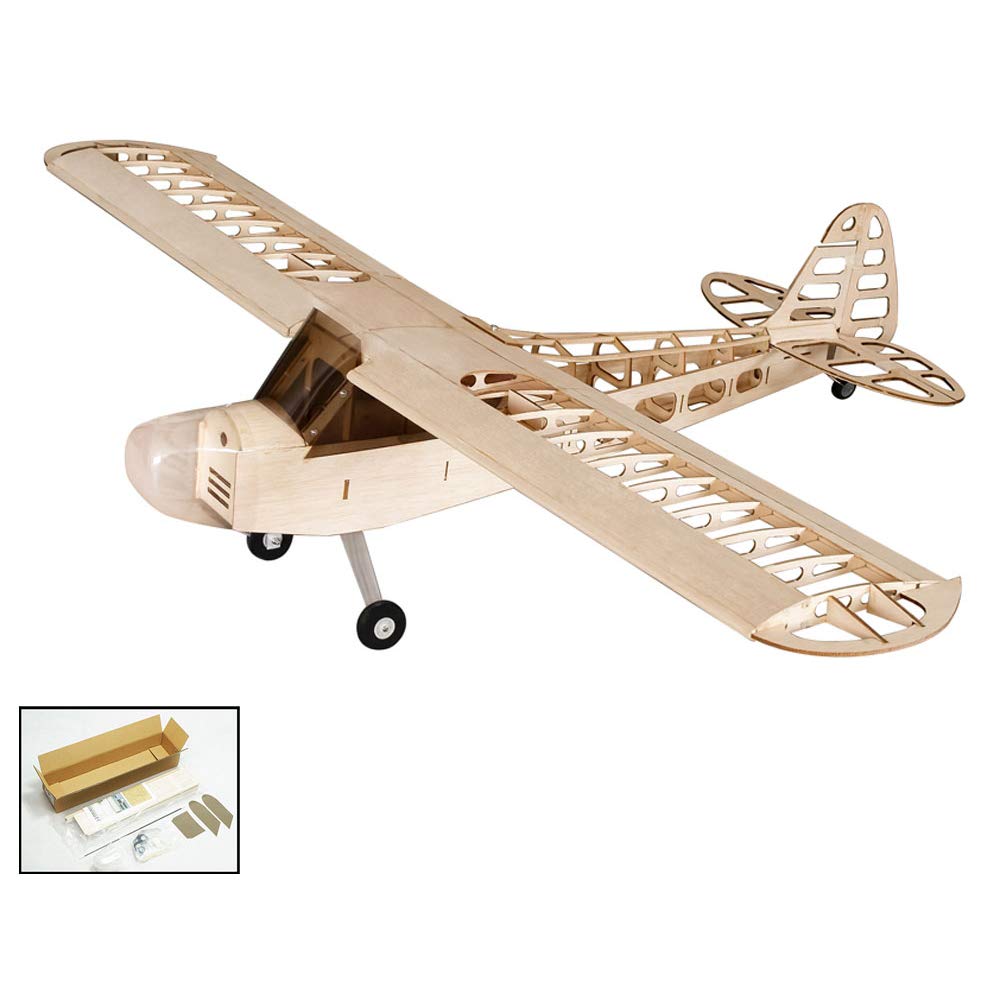 This wonderful 3D globe puzzle from Robotime is a fantastic project for beginners that results in a great looking and quirky little model that can be displayed with pride.

Although the kit itself is pretty complex with 567 pieces, it comes with simple to follow instructions and requires no glue or tools to assemble. This makes it a great purchase for anyone regardless of their experience assembling models.

The model’s level of detail is its charm. The base displays depictions of the Eight Wonders of the World, which open up to reveal a secret storage compartments. Using the knob on the base, you match constellations with their symbols to unlock the secret compartments. It’s a quirky little feature, combined with the beautiful detailing, makes this a great gift for anyone. Adults can enjoy this as a challenging project or it could be completed as a family. 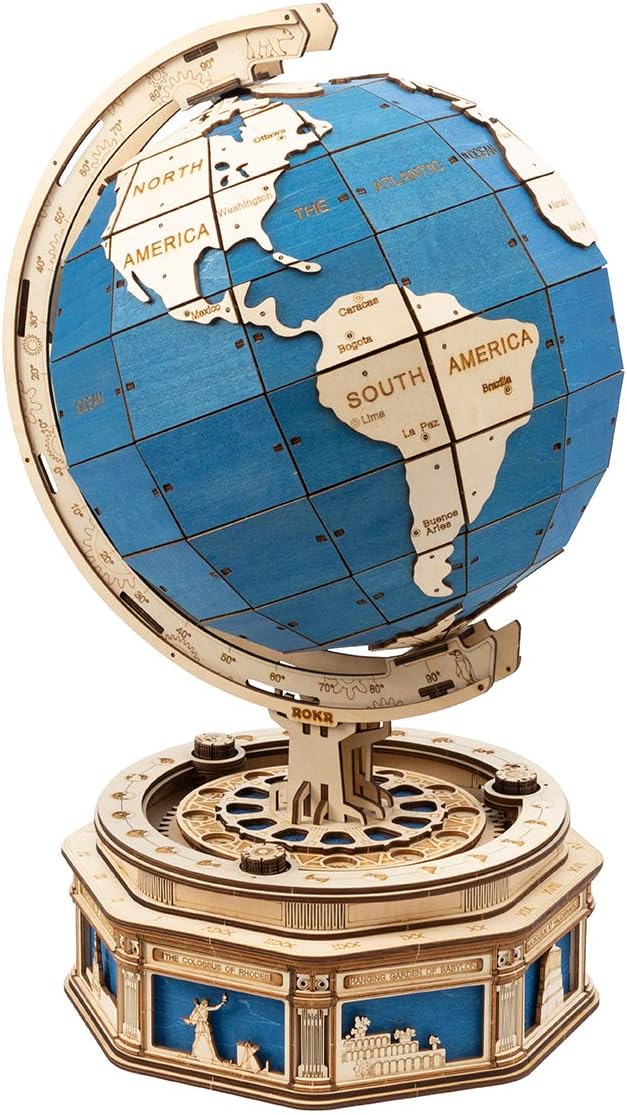 Next up is a lovely little wooden calendar from ROKR that results in another great looking model that will sit well on any desk or in any home. The model comes with a metal electronic pocket watch which is embedded in the end of the calendar so you can check the time. While the date on the main model does have to be adjusted manually, that’s part of the charm as you hear the gears click into place each turn.

The kit comes with 250 wooden pieces, which are made from precision machine birch plywood and don’t require any tools to assemble. This makes it a great gift for adults that will take a few hours to put together and result in a great steampunk-style model that can be displayed in the home. 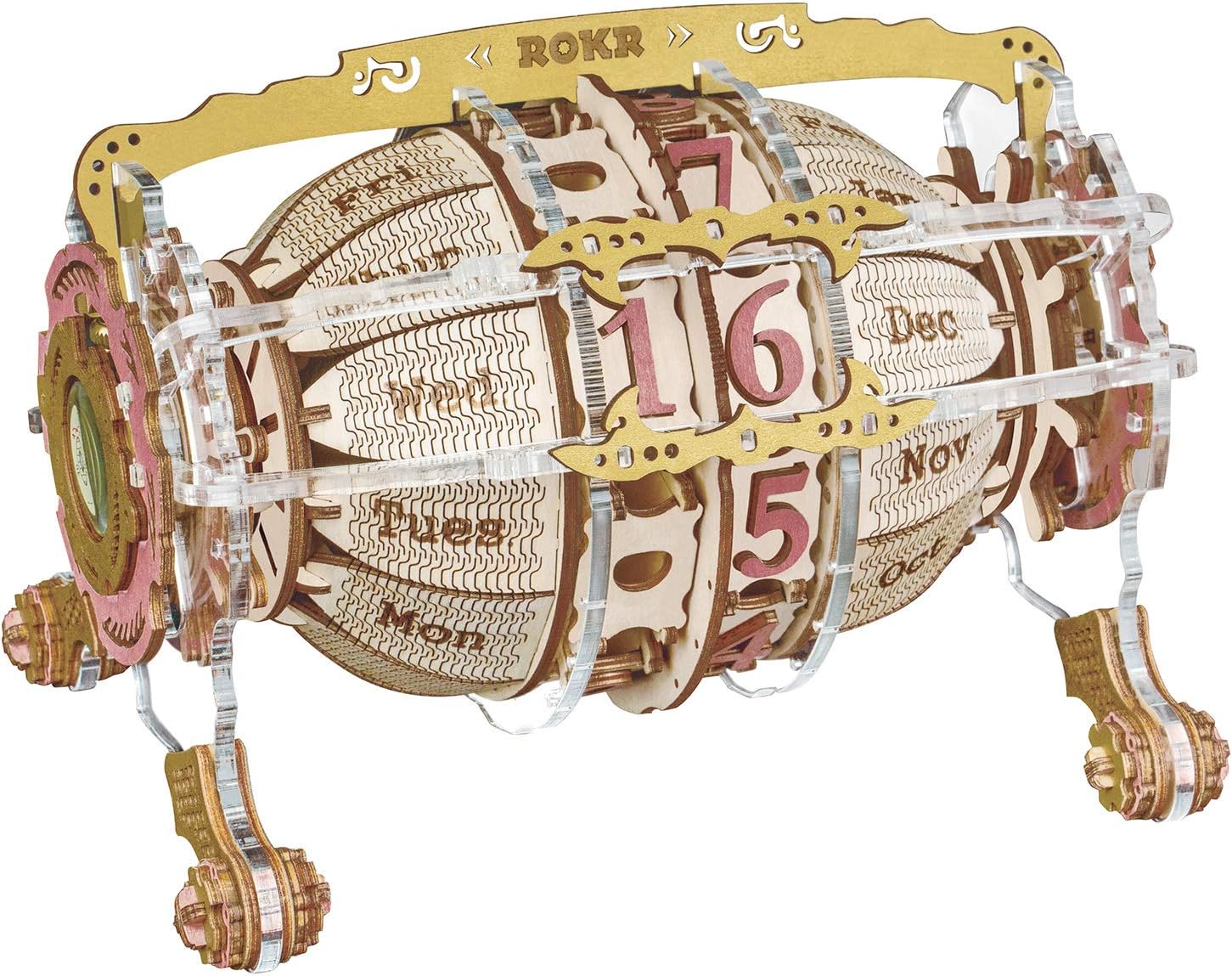 5. The Boeing B-17 Flying Fortress Bomber

The name says it all, doesn’t it?

Developed in the 1930s for the United States Army Air Core, the B-17 went on to become the third most-produced bomber of all time. It was one of the main weapons in the Allied’s assault on German forces and would often fly daytime raids on bombing targets. It was fast, capable of long-distance runs and heavily armed at the expense of munitions payload, and gained a reputation for being able to soak up a lot of damage, with many B-17s able to return to base even heavily damaged. The US still has several operational B-17s but none are in active service.

This is the most expensive RC model in our guide, and is not only a wonderful piece of military history but a fantastic addition to any collection. The model can be upgraded with radio controls (you would have to buy the motor, battery and RC components separately) and flown. But, as a display model it’s impressive nonetheless – it’s the largest model in the guide and makes a wonderful canvas for you to paint when you’ve assembled it. Any model enthusiast will love having this in their collection!

This definitely isn’t one for beginners though. There are lots of delicate parts and it will take time and patience to assemble. 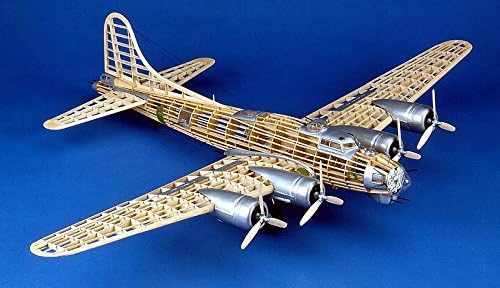 This lovely aviation simulator kit from UGears is perhaps one of the most complex kits in this guide. The finished model allows you to attach the plane or helicopter model to the support strut, then wind up the gears to watch it fly around the “control tower” while you control the pitch and roll of the aircraft with the assembled joystick.

While this is a sizable project (you’re looking at an assembly time of around 15 hours), the finished model is a joy to use as it has so many moving parts. The UGears kits are great educational models as all of the gears are exposed so you can see how everything works.

The 726 wooden parts are precision cut and don’t require any tools to assemble, which means you can get started right away. This makes it a great choice for aviation or engineering enthusiasts, and also an awesome family project to work on together with the kids. 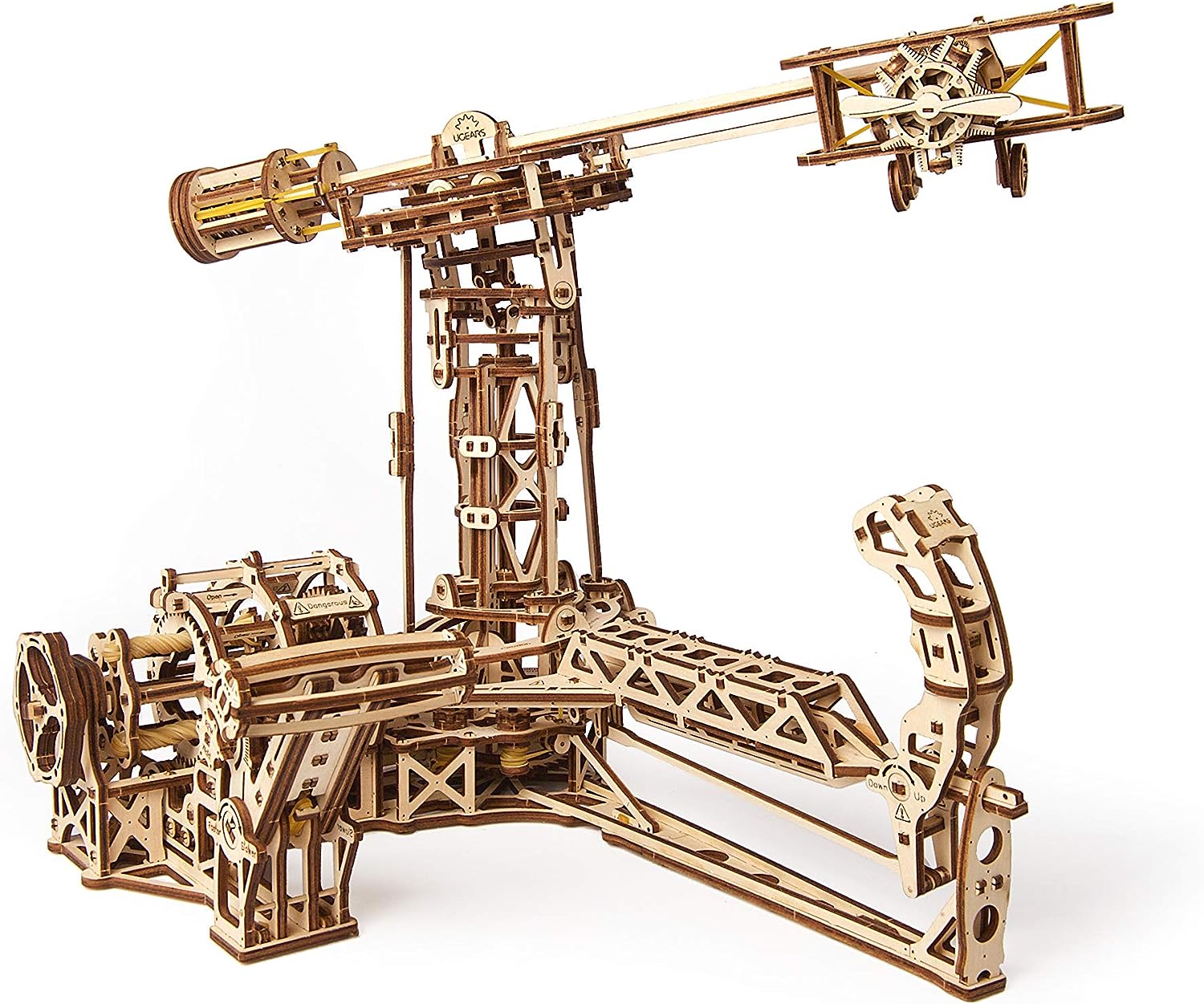 Another lovely little model kit from ROKR, this classic Gran Prix car kit is one of several different vehicle model kits available (such as an army jeep, truck and steam engine). Coming with 220 precision cut wooden parts, some of which are fairly intricate, this kit will require some steady hands to assemble. While you don’t require any tools or glue to put it together, it may be useful to have some tweezers or pliers on hand to help with the smaller parts.

The ROKR kits are great for people who might not have much experience building models as even the more complex kits can be assembled without too much trouble. The parts are laser cut and can be easily pushed out and snapped together to assemble while following the simple step-by-step instructions. The result is a wonderfully detailed model that will look great displayed in your home. 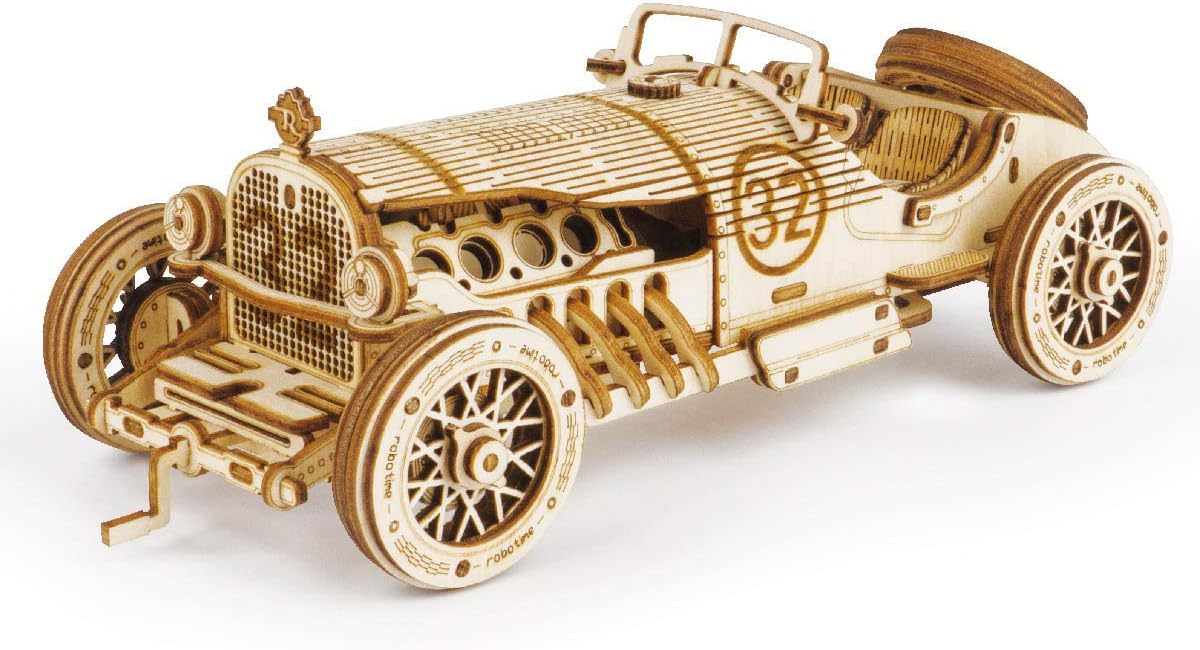