The traction engines here are all working models which can be fuelled and will self-propel using the same technology their older and larger counterparts used to.

In contrast to stationary steam engines, which as their name suggests, remain stationary (to represent how steam engines were used as a power source in factories and the like), traction engines are representations of vehicles that used to be powered by steam engines.

These models are largely old tractors and steam rollers that would have been used for more heavy duty construction work (anything that an old steam engine could do more efficiently than humans and horses). As steam engine technology was largely used on bulky trains, when it was adopted for smaller vehicles it was only really used on heavier industrial machines.

There are two main manufacturers of model steam engines – Mamod and Wilesco.

Mamod are based in the UK and were set up in 1937, originally producing stationary steam engines but have since produced a very popular range of other models, including traction engines, several of which you can see below.

Wilesco is a German manufacturer, who began life making accessories for children’s toys in the 1920s, before moving on to making miniature steam engines in the 1950s. They’ve sinced produced some of the most popular models of steam engines.

There are many other brands that produce excellent models, but Mamod and Wilesco have certainly left their mark on the industry which is why their models are featured below.

Model steam enthusiasts will often reference the TE1A as a classic example of a model steam engine. Mamod have been producing this model and its variants for over 50 years. While older models used different fuel types, the modern versions use dry fuel tablets (as most model steam engines do), but it’s not unusual if you’re buying a second hand model to get one that’s several decades old. Indeed, these models can be passed down generations of families as collectors inherit them from parents and grandparents.

There are a number of different liveries available for this model. The Pickfords variant is very popular and tends to be a bit more expensive. It has a distinctive vivid blue and red colour scheme, whereas other models come in a green and red scheme or polished brass and silver.

The TE1A runs on fuel tablets (you’ll get some with the model if you buy it new, along with lubricant oil to help maintain the engine) – all you need to do is add water to the boiler. When the boiler is hot enough, the engine powers the gears and propels the model forward (top tip – use boiling water to fill up the tank so you don’t have to wait too long for it to heat up). Steam is vented through the chimney on top for added realism!

Modern models have a direction lever so you can reverse the direction of travel and steering rod to help you steer. The Mamod TE1A and it’s variants are top of our list of traction steam engines as they are simply classics.

A great purchase for a first time collector and if any seasoned enthusiasts don’t already have this model in their collection, it will be a welcome addition. 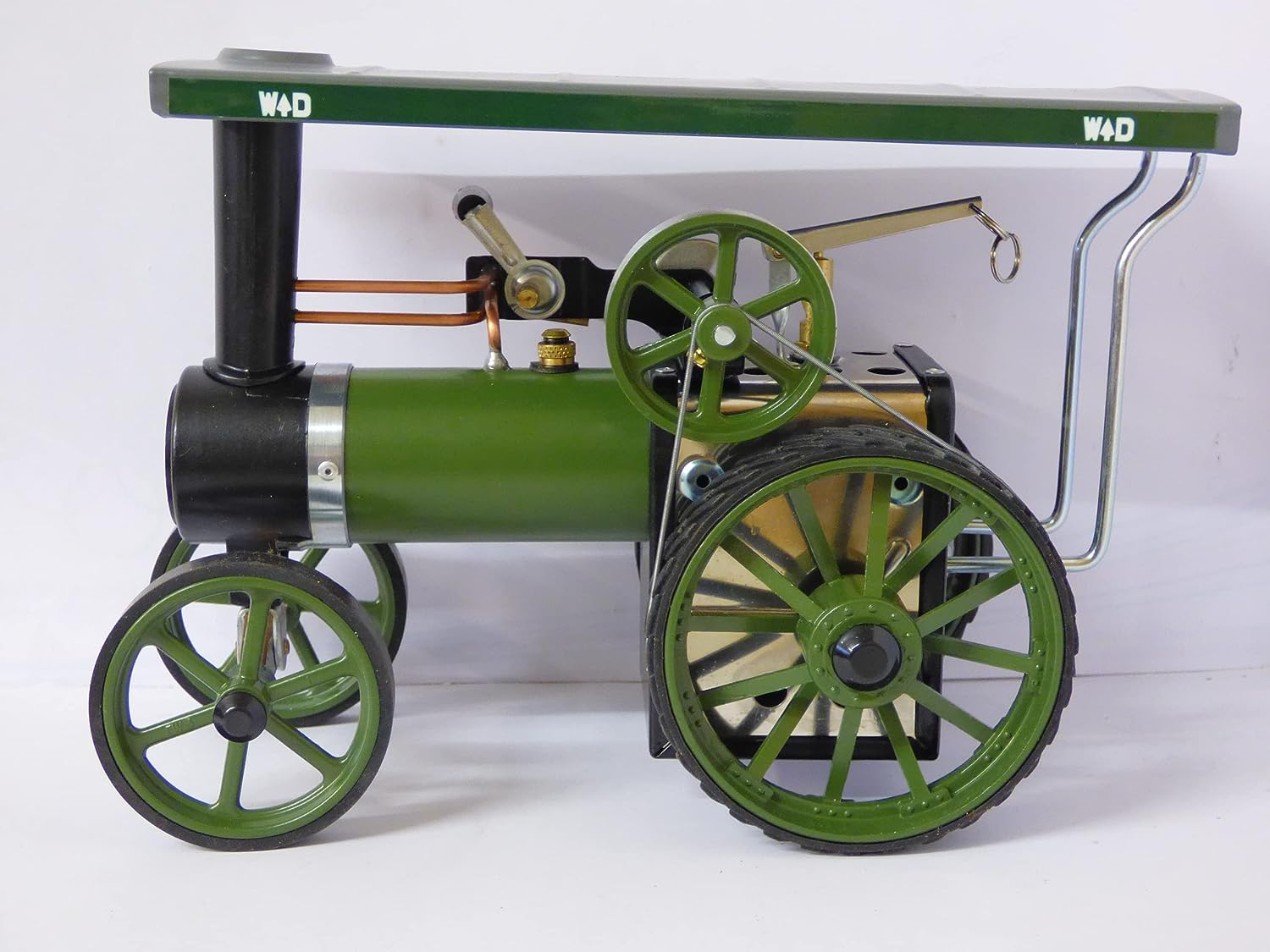 There are several “Showmans” engine models available on the market as they have a delightful history. These engines were traditionally used to help transport fairground equipment from location to location, which meant they were usually decorated with interesting and attractive designs.

The Mamod Showmans Engine is actually based on the TE1A model (read the previous section for more information on that one if you skipped ahead!). It was essentially retrofitted with a working dynamo generator which powers a series of LED lights along the canopy, which is supported by twisted brass poles.

This is a great little piece of history and ideal for any model steam enthusiast with an obsession for bygone days. It’s more expensive than the standard TE1A models, but comes with a few more features and looks fantastic. 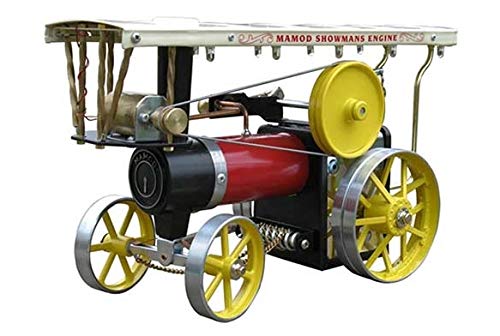 Yes, another Showmans engine! You can tell these models were popular. As I said earlier, steam engines were generally used to move heavy equipment and travelling carnivals made good use of them!

As with the Mamod Showmans Model, the Wilesco 409 comes in a beautiful design, working dynamo generator which is used to power a series of 8 LED lights that hang just under the canopy. Both models are similarly priced, so if you’re looking for a good Showmans engine model, then it’s down to which is more visually appealing to you. 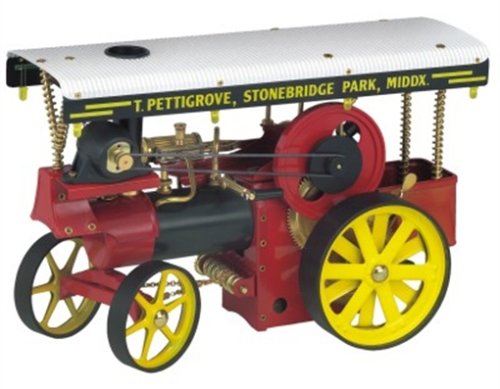 This is the first kit in the list and the reason it’s here is that it combines the traditional with a more contemporary look and feel.

The kit comes with a whopping 272 individual parts, so if you struggle with an Ikea shelving unit, this might not be the model for you. If however, you enjoy spending a few hours assembling a complex model to be left with a working steam car engine, then give this one a thought. All of the parts are professionally machined to a high standard which will ensure that the care you put into assembling is rewarded. The model runs on a lithium battery, not on fuel tablets and it doesn’t propel itself with steam (it’s simply a modern recreation of steam powered car).

While this might not appeal to traditionalists, the educational value of assembling such a detailed model can’t be understated and it’s certainly worth a consideration for any collection. 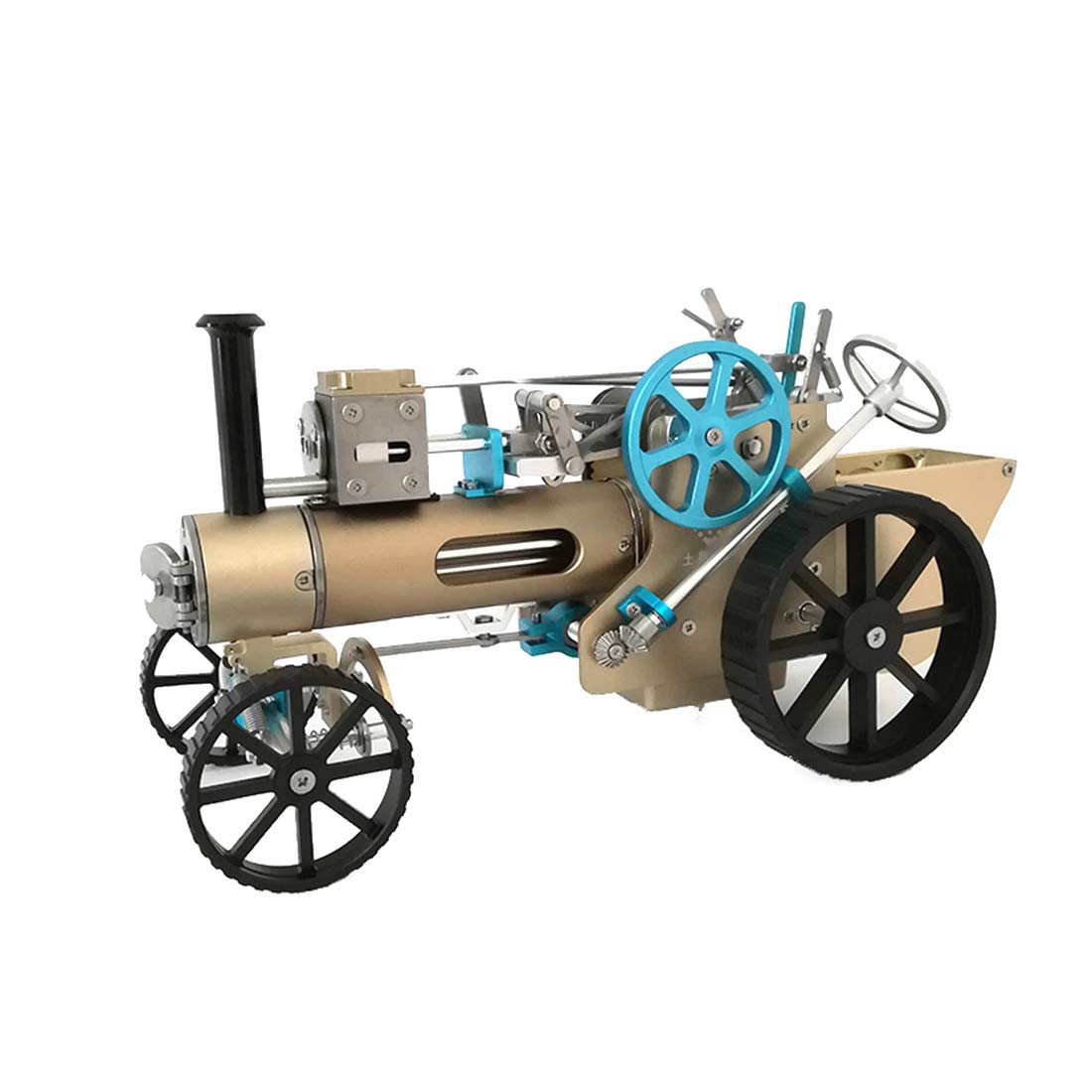 While the Showmans engines were a curiosity at carnivals, the Foden Trucks were the workhorses of industry. This Wilesco D310 is a wonderful little recreation of one of these vehicles, designated the ‘Mighty Atom’.

Foden Trucks was a British bus and truck manufacturer, established in 1856 and while the company still exists today, it was acquired by a French firm in the 1980s and no longer uses the Foden Trucks name. In the late 1800s, the race was on to develop a self-propelled steam lorry and like many firms in the era, Foden Trucks stepped into the ring, proposing several prototypes. Over the years, they produced a number of different models, one of which Wilesco has faithfully recreated – the ‘Mighty Atom’.

A wonderful little piece of steam engine history and a great addition to any collection! 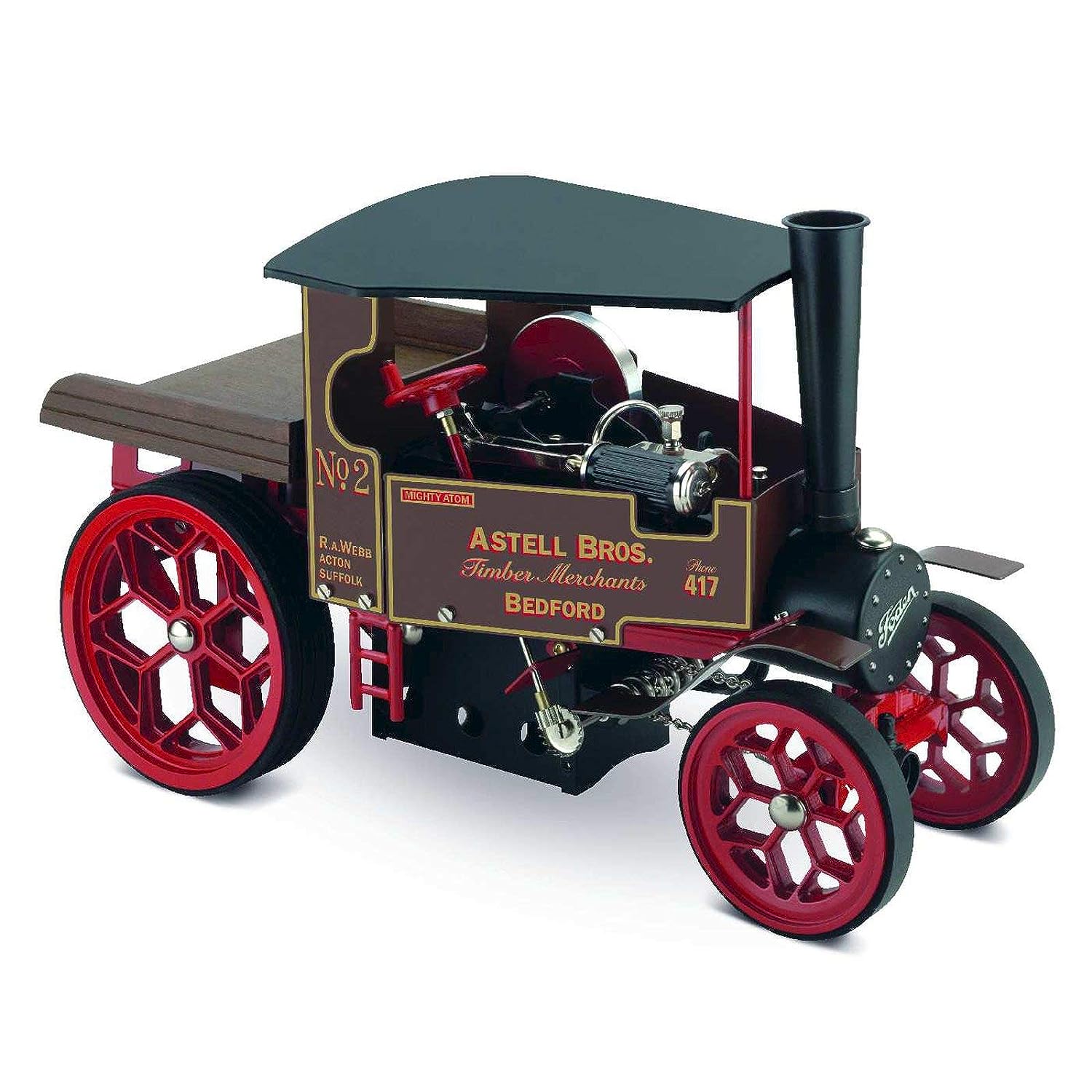